Blayney Shire Local & Family History Group Inc.
NEWBRIDGE
Before the construction of the Great Western Rail Line began in 1874 there was very little settlement in the area. In that year the contractors for the section of line from Bathurst to Orange established their main railway camp close to the village’s present site, thus it began. Two years later the line was opened to Blayney, and the encampment was called Back Creek. Until 1878 there was no platform or goods shed. A station master’s residence was constructed at the same time, and a road traffic bridge on the Hobbys Yards to King’s Plains road. This gave rise to a new name – Newbridge. Gradually the village developed with new homes and businesses built. During the rail years it was a prosperous community with four hotels, a Post Office, police station and four churches for various periods. A public school was built in 1878 for local pupils and a convent school educated local Catholic children. The retail sector included bakers, butchers and general stores. Like other villages around Blayney, most of these institutions have not survived the passage of time. Trains no longer stop at the station to pick up goods or passengers.
​ 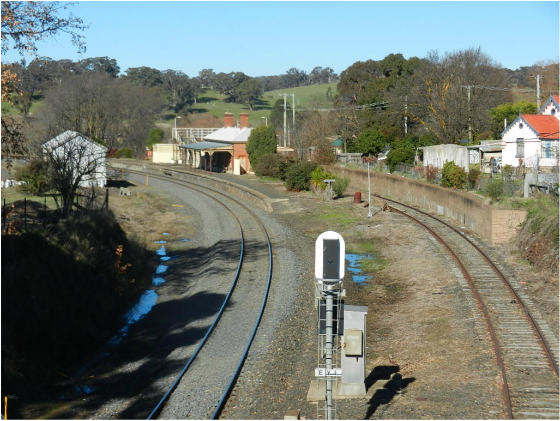