Blayney Shire Local & Family History Group Inc.
HOBBYS YARDS
George Evans and his exploration party, were the first Europeans to move through the area eventually known as Hobby's Yards in 1815. Its name derives from a set of stock yards said to have once been built for either Lt. Thomas Hobby, superintendent of road gangs used to build the first road over the Blue Mountains, or a James Hobby of Bathurst. The village is situated at the intersection of the Newbridge - Trunkey Road and the road from Blayney. A hotel was constructed in 1858, followed by a weatherboard Presbyterian Church in 1864 and a Provisional school in 1878. After local petitions a Post Office was established in 1887. A new church and community hall were built during WWII funded by local families. 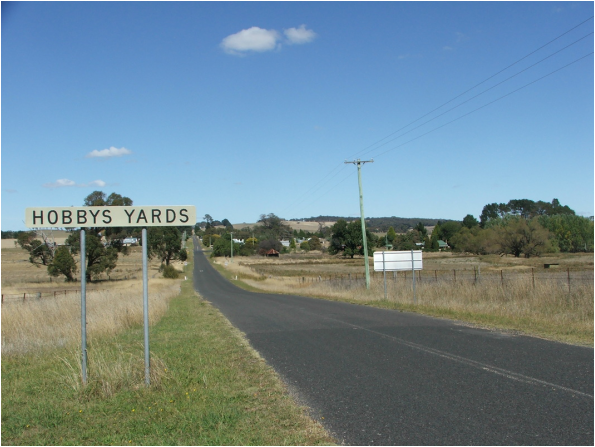