Blayney Shire Local & Family History Group Inc.
BLAYNEY
Originally to be called King's Plains, the town was surveyed on land initially granted to the Church and Schools Corporation and on the western bank of the Belubula river. It was to be situated on a crossing point of roads leading from Rockley, Carcoar, and Blackman's Swamp (Orange). The first land grants were given out in 1823, but it wasn't until 1843 that the formal survey and gazetting of the town occurred. The survey plan was submitted to Major William Christie, Agent for the Church and Schools Estate, and he changed the name of the proposed township to Blayney. Three years later there were two inns and a flour mill established, and some buildings were appearing on various allotments. The impetus for major development in the town was the construction of the Great Western Railway in 1876. Industries were later established, including a butter factory, freezing works and chicory mill. The railway station and goods yard became a major hub after the construction of the southern Blayney-Demondrille rail line. Government buildings were erected during the late 19th century and a Municipal Council was formed. 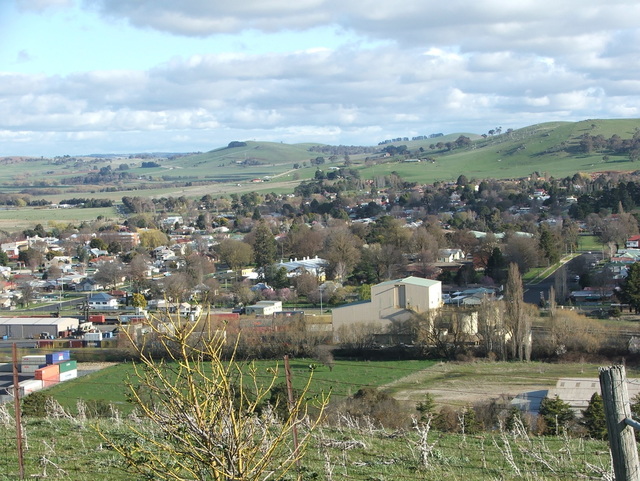